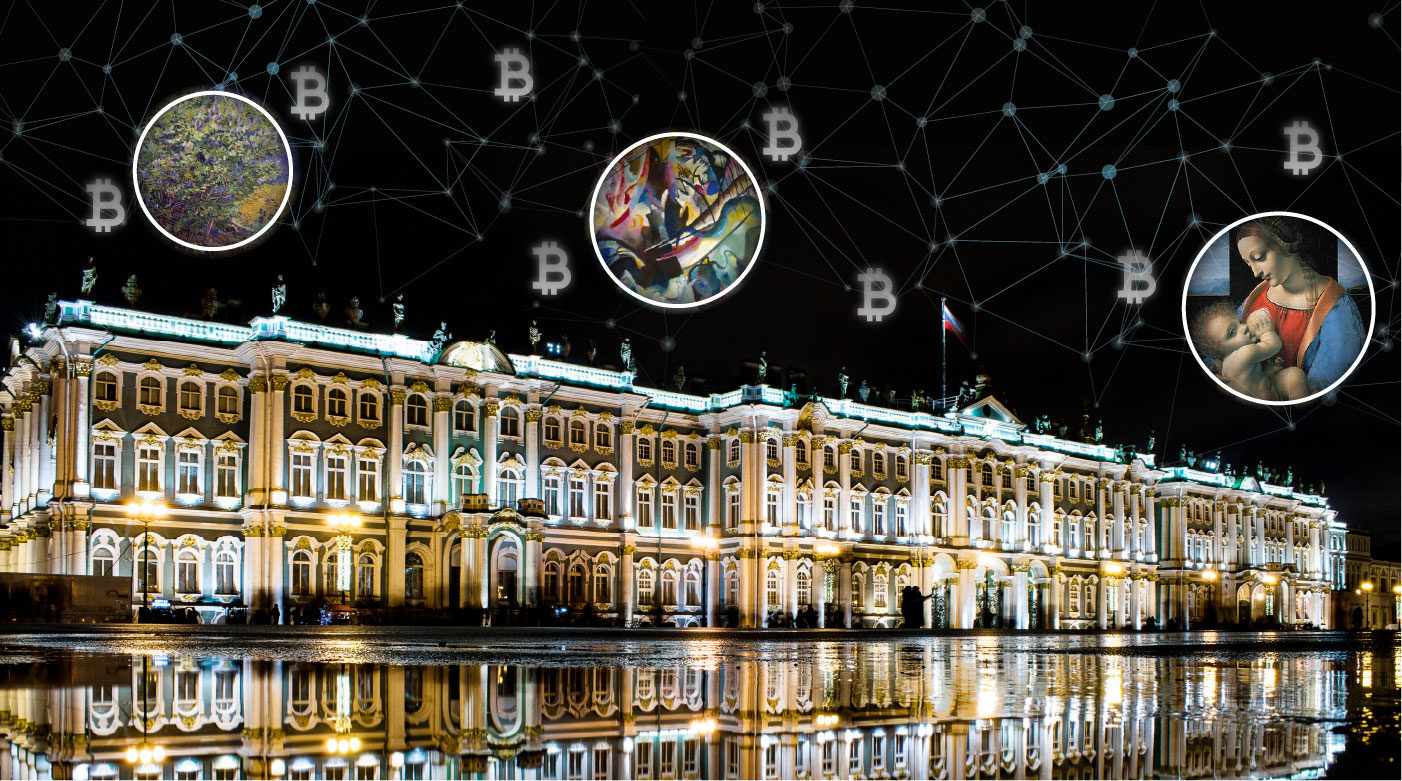 Behind the Smoke and Mirrors of Russia’s Crypto Transactions

Sanctions programs against Russian industries and oligarchs continue to expand in response to the ongoing war in Ukraine. Since February, Russia’s access to global finance has shrunk.

In the currency markets, the ruble, compared with the euro and dollar, decreased sharply in value, bottoming in March. The ruble has begun to regain its strength, but many Russians, understandably, are keen to swap rubles for other currencies. Sanctions have limited exchange options, as many financial institutions currently deny service to Russians.

Cue the crypto. Russian cultural and financial institutions have been laying the groundwork for new techniques in currency exchange, which suits sanctioned entities and individuals. The following cases highlight currency exchange schemes enabled by blockchain technology used by Russian persons and entities. Compliance professionals can look at our examples as guides for identifying similar techniques in the current regulatory environment.

The State Hermitage Museum in St Petersburg is the world’s largest art museum. In August 2021, the Hermitage announced it would host an auction in which five of its masterpieces would be minted into non-fungible tokens, or NFTs. Leonardo da Vinci’s Madonna Litta, Giorgione’s Judith, Vincent van Gogh’s Lilac Bush, Wassily Kandinsky’s Composition VI, and Claude Monet’s Corner of the Garden at Montgeron were the chosen paintings to be auctioned as NFTs. The auction was managed by the world’s largest cryptocurrency exchange, Binance.

The auction was overseen by Hermitage director Mikhail Piotrovsky. Mr Piotrovsky has maintained significant ties to Russia’s President, Vladimir Putin, for many years, serving as a confidant during his presidential campaigns, and assisting him in rewriting the Russian constitution, which extended presidential terms.

The auction generated a total of $444,500, conducted using BUSD, or Binance USD. This is a stable coin cryptocurrency native to the Binance platform and maintains a 1:1 ratio to the US dollar.

Much of the ethos of blockchain technology is that cryptocurrency and NFT transactions are inscribed in an immutable ledger, permanently providing transparency and trust between users. At least this was the original idea, but there are instances where the transactions become obscure. The Hermitage case is such an instance.

The Hermitage NFT auction collection had its outcomes redacted since last year. When the auction began in August, participants were able to see the bidding history of the five art pieces, including the users and amounts of bids.

Each NFT had been given a token ID that could identify the piece on Binance NFT’s site, but, the bidding history was removed. Each piece has been delisted, making the IDs unsearchable in the marketplace. The already anonymized usernames of the bidders were changed once again. The only indicator of the original transactions from the auctions is the contract address.

Employing blockchain analytics to trace the contract addresses of the five Hermitage NFTs, the token IDs were found not to be affiliated with any transactions on the Binance blockchain, the Binance Smart Chain, or BSC.

High-profile auction houses commonly practice discretion with the identities of auction winners, and the Hermitage enabled by Binance NFT may have similar standards. It is irregular, however, for NFTs to become unviewable by the public once purchased from the Binance Smart Chain.

The Hermitage’s auction, held last year, does demonstrate that Binance has established connections and collaborative projects with Russia’s political elite. Further projects would likely warrant condemnation due to the ongoing geopolitical climate. More so, it is disquieting that such a high-profile NFT auction would have virtually no remaining leads for tracing the NFTs.

It is a case to note, considering Binance’s decision to continue services to Russian citizens after several crypto exchanges halted services after the invasion of Ukraine. Binance does have extensive compliance protocols and enforces sanctions on its platform. Continued service to Russian citizens does, however, keep open the possibility of sanctioned entities or individuals employing ordinary citizens as “money mules.”

Crypto and NFT-enabled sanction evasion is concerning on its own, but the Hermitage shines the light on a currency exchange scheme. This spring, Russia’s ministry of finance took steps toward regulation and legalization of cryptocurrency and decentralized finance (DeFi).
But as recently as last summer, this was not the case. The Russian government was not friendly to cryptocurrencies and NFTs, citing concerns of crypto’s ease of use for money laundering and financing terrorists. Because of this, the Hermitage would not be able to receive cryptocurrency as proceeds from the NFT auction but only rubles per the ministry of finance’s ban.

Yuriy Brisov is the founder and director of LFCS, and a partner at NFTMASTERS. Commenting on the legality of the Hermitage’s auction, Mr Brisov said the transactions took place where citizens pay for the services of a foreign company in a foreign jurisdiction and receive currency from them. Mr Brisov told BBC Russia “We have created a chain of agents with whom we work under contracts – Swiss banks, Liechtenstein companies, and so on.”

This method allowed the Hermitage to circumvent the regulations of its government and exchange almost $500,000 from cryptocurrency back to rubles. In 2022, institutions can employ agents for similar currency-swap purposes. Crypto-enabled financial services based outside Russia’s jurisdiction are one way for governments and private institutions to circumvent current blockages to swaps of fiat currency.

Swiss-based Aximetria and its Russian Roots

Aximetria, based in Zug, Switzerland, is a virtual asset service provider (VASP) that provides banking services for both cryptocurrency and fiat currency. Aximetria serves clients by providing a cryptocurrency wallet that is digitally managed from Swiss jurisdiction. Clients can attach their bank accounts with their Aximetria accounts.

From the Aximetria interface, clients can convert their funds between US dollars, euros, and cryptocurrencies. The service’s main site notes that “assets are stored in Swiss-certified data centres. All the company IT infrastructure is placed in Switzerland – in authorized, certified data centers. This provides the highest level of fault tolerance and information security and guarantees that clients’ assets will be always available, even in a case of crypto ban in certain countries.”

The company was founded in 2017 and was originally based in the Russian Federation. The same year of its founding, Gazprombank invested $120,000 in Aximetria. For a time in 2020, Aximetria collaborated with the Belarusian Belgazprombank, providing crypto exchange services to Belgazprombank customers as well as issuing Aximetria-Belgazprombank debit cards.

Aximetria was acquired in January by Tinkoff Bank, the largest online banking company in Russia. On March 24, The UK’s Foreign, Commonwealth & Development Office sanctioned Tinkoff founder Oleg Tinkov as part of a larger list of individuals attributed to aiding Russia’s invasion of Ukraine.

It is instructive to look at Aximetria’s arm of Crypto private banking from a Russian perspective. According to TAdviser, a prominent Russian corporate analytical agency, Aximetria’s Swiss financial license increases clients’ personal identification requirements but ensures their assets are not subject to regulatory risks in Europe, Russia and other jurisdictions.

TAdviser says on its page on Aximetria Crypto Private Banking: “The movement of funds between the client’s foreign currency account in a Russian bank and the Swiss Aximetria crypto account is facilitated by the personal manager of the private banking division. Thus, customers remain in the comfortable perimeter of premium services.” Funds from a client’s bank account are first transferred to a fiat account in Aximetria, where they can be stored for up to 60 days. “During this time, the client can choose the most favorable moment for buying cryptocurrency.”

At this point, the purchased cryptocurrency is stored in personalized crypto accounts hosted on Aximetria’s infrastructure in Switzerland-based data centers, ensuring access to digital assets under any circumstances. For comparison, cryptocurrency exchanges often host shared wallets to which access can be limited.

Aximetria is vocal about its compliance protocols and KYC practices and has been granted a financial intermediary license by the Swiss Financial Services Standards Association (VQF). The Russian Federation has even considered Aximetria as a guide to how the nation’s own federal regulations should manage KYC related to cryptocurrency.

Alexey Axelrod, founder and CEO of the Aximetria financial service, is clearly proud of his service. “Thanks to Crypto Private Banking, Russian banks will be able – like international giants Morgan Stanley or Goldman Sachs – to earn money by offering VIP customers investments in Bitcoin and other digital assets. Aximetria has built a model for providing cryptoservice, where we take on all the risks that may arise with the local regulator. For the bank and its customers, the solution is reliable and safe.”

Since March, Switzerland has adopted sanctions practices against the Russian Federation. These have included the freezing of assets of individuals designated by other sanction regimes. Specific banking measures taken by Switzerland include:

prohibiting the sale, supply, transfer, or export of Swiss franc- or euro-denominated banknotes to Russia or to any natural or legal person, entity or body in Russia, including specifically the government and central bank of Russia.

The Swiss provisions do not explicitly cover cryptocurrency transactions to and from Russia, or fully prohibit transactions of Russian citizens. Therefore, services such as Aximetria can provide sanctioned parties with ways to move money using money mules and crypto-enabled currency exchanges. Consequently, compliance officers should focus on crypto-based currency exchange services as one way to circumvent ongoing regulatory practices.

Learn From Examples and Remain Vigilant
Digital assets can swerve the regulations imposed on fiat currency during coordinated sanction programs. Regulators must be aware that cryptocurrency, NFTs, and blockchain currency exchange services can augment the ability of sanctioned parties to access different currencies and markets.

The Hermitage case saw the creation of an NFT service provider, specifically for cross-jurisdiction currency exchanges. Services such as Aximetria show Russians can swap fiat currencies for crypto from a banking jurisdiction.