The Government Relations Task Force was created to develop and foster relationships with different regulatory agencies responsible for sanctions, including OFAC, OFSI, the European Commission, the U.S. State Department, and equivalent agencies internationally.

Our goal is to open a channel of communication with government entities so that we better understand their regulatory requirements and they better understand how the regulations impact industries. We plan to assist the members with written materials, webinars, seminars, roundtable discussions with guest speakers.

The ACSS’s Government Relations Task Force was launched in September 2020 to help maintain relationships with the government agencies around the world that are involved in sanctions administration and enforcement. As the Task Force plans for 2021, we want to ensure our objectives satisfy this mission and the ACSS community. To that end, we ask ACSS members to complete the following brief survey to advise which endeavors would be of greatest value to ACSS and of interest to you.

We accept sanctions professionals from corporations, government agencies, international organizations, and financial institutions to serve on the ACSS Government Relations Taskforce. The scope of this volunteer activity is approximately 12 months, and term of service is for 1 year, potentially renewable. The time commitment is manageable and spread throughout the year. We plan to have quarterly conference calls of 90 minutes.

Interested candidates should email us at helpdesk@sanctionsassociation.org along with a biography, exemplifying applicable qualifications.

Due to a limited number of open task force slots, there is no guarantee of acceptance. However, applicants may also be considered for other ACSS taskforces where openings exist. If you are selected, you will be sent a formal invitation to service along with more detailed roles and responsibilities for you to evaluate before accepting or declining the invitation. 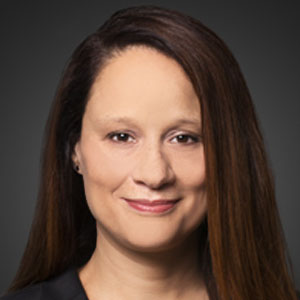 Amber Vitale specializes in OFAC and anti-money laundering (AML) matters. Amber has more than 17 years of experience that includes roles in OFAC enforcement, in-house compliance, legal practice, and consulting from which she brings multiple perspectives and insights to projects involving financial crimes-related regulation and compliance, and risk management and internal controls. She is adept at assessing compliance programs, identifying regulatory concerns, providing holistic and risk-based guidance, and developing tailored solutions for clients. She offers deep expertise to OFAC investigations, enforcement matters, and litigation. Amber has been a sanctions expert and liaison to investigators and prosecutors from federal, state and local agencies, such as the U.S. Department of Commerce, U.S. Department of Justice, and Manhattan District Attorney’s Office.

Prior to joining FTI Consulting, Amber worked at the U.S. Treasury Department’s Office of Foreign Assets Control (OFAC), most recently as an Enforcement Section Chief, where she investigated cases involving financial services, oil and gas, shipping, electronics, agricultural, medical, and other industries. More recently, Amber was the Head of Sanctions Advisory at Brown Brothers Harriman & Co., where she was responsible for global sanctions policy and procedures; OFAC reports, guidance, and training; and the risk-based review of sanctions lists and screening system settings. Previously, Amber developed global anti-financial crime polices and conducted OFAC investigations as the Senior Compliance Officer for Economic Sanctions and Assistant General Counsel at AIG International. As an Associate at Schulte Roth & Zabel LLP, Amber advised banks, insurance companies, money-service businesses, broker-dealers, investment advisors and hedge funds on AML, OFAC and anti-bribery/corruption compliance and created various documents for these programs. She also served as a Director at a Big Four firm where she developed and led AML and OFAC-related remediation projects for financial institutions subject to regulatory orders.

Amber’s relevant experience includes: assessing the global sanctions program of one of the world’s largest asset managers and custodians, and developing a Target Operating Model with an implementation roadmap; advising the New York branch of the world’s largest multinational bank regarding FircoSoft implementation, including drafting a Business Requirements Document and Tuning/Testing Reports, and creating test cases and data for Functional Performance and User Acceptance Testing; and conducting an independent review of the governance and oversight structure for a global European-based financial institution pursuant to consent order. In addition, Amber performed an enterprise-wide assessment of a global investment firm’s OFAC screening including documentation and gap analysis of existing controls, with recommendations for enhanced screening and other risk-mitigating measures. Subsequently, she created a KYC Data Requirements Policy with recommended documents the client should obtain based on its customers’ individual or entity type to perform required procedures for AML and OFAC compliance.