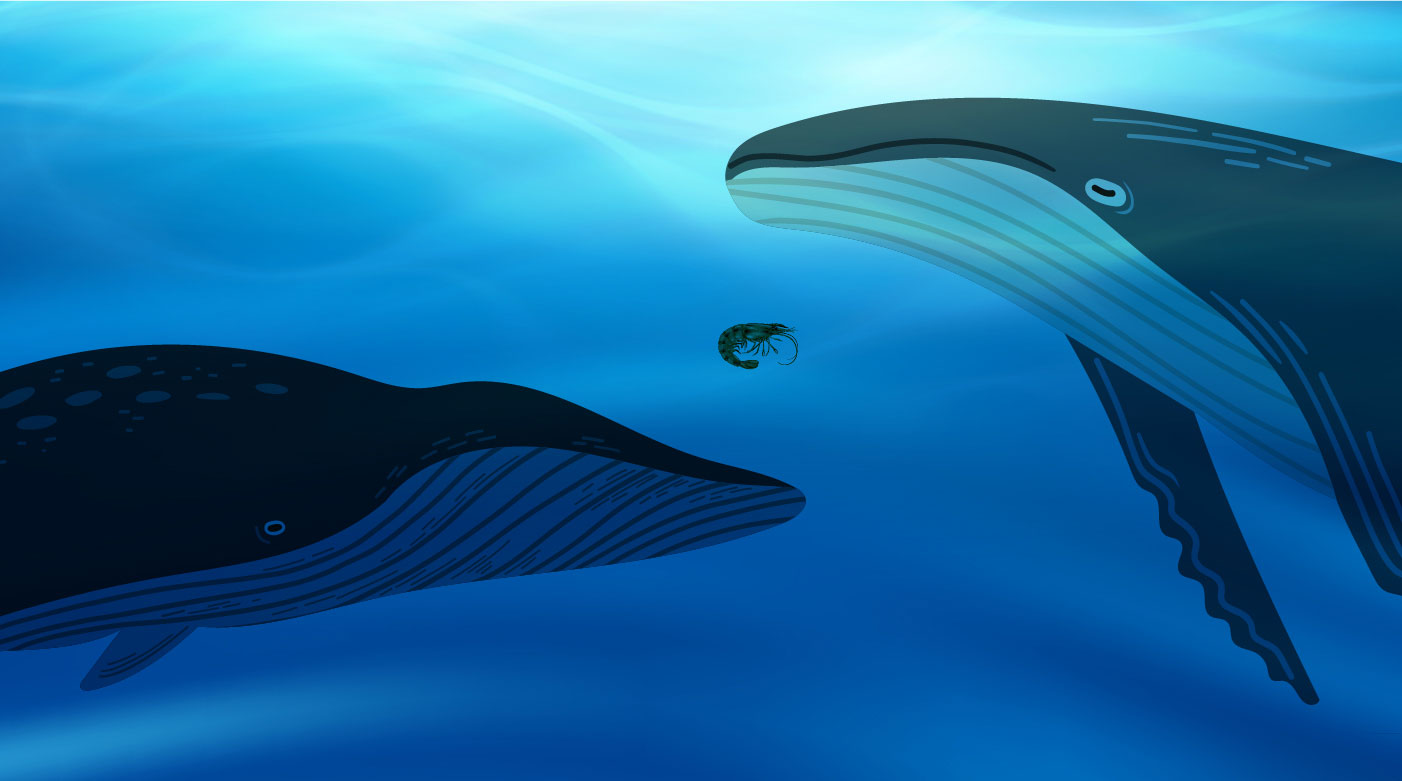 Few commentators draw similarities between South Korea and Switzerland. Their cultures, histories and experiences contrast like Alpine cheese and rice cakes. But their similarities run deep in keeping out of potentially divisive political conflicts that do not directly engage them.

Even the Russian-Ukraine war has proven too much for both countries not to take a position. Switzerland adopted sanctioning measures to keep in line with the EU’s actions. Meanwhile, South Korea has publicly stated its condemnation of Russian aggression, a surprising move for a country whose proverb “a shrimp caught between two whales breaks its back” references Korea’s losses from being caught up in great powers’ regional rivalries. Since the condemnation, South Korea pledged the following sanctioning measures:

South Korea is not historically known for its proactive stance on sanctions – South Korea’s lack of sanctions against Russia for its annexation of Crimea in 2014 is a testament to this. Its new sanctions program shows a change in direction But there is more to this than meets the eye.

The sanctioning measures are not only tame compared with some Western countries, but also it has not imposed additional measures since early March, despite the subsequent discovery of possible war crimes committed by Russian troops. Compare that to the EU, which recently proposed plans to fully ban oil imports from Russia. In April, South Korea agreed to provide Ukraine with additional non-lethal aid but did not approve military equipment support.

Underlying the responses is a reluctance to restrict its export-oriented economy and the geopolitical balancing of American and Russian desires, the two whales that the shrimp, South Korea, must contend with. The question of the de-escalation of tensions in the Korean peninsula, in particular the denuclearization of North Korea, also looms in the background.

In South Korea, there are several ministries tasked with sanctioning measures:

Sanctions are generally limited to sanctioning resolutions passed by the United Nations Security Council (UNSC), which South Korea is mandated to adopt as a member of the UN. Rare examples of the adoption of sanctions outside the UNSC include the May 24 measures, a set of unilateral measures against North Korea after the sinking of a South Korean naval ship in 2010. Context goes a long way in understanding why South Korea has walked this path of minimal actions.

South Korea’s development into an export-oriented, knowledge-based economy is well-documented, and perhaps inevitable for this country of 50 million with meager natural resources. Its status as the fifth largest exporter by trade value, despite being the 10th largest economy in terms of GDP, sheds light on how vital exports are to the South Korean economy.

Of course, raw data provides only partial data. The Russian Far East is ripe with natural resources like minerals and fuel sources, which South Korea is sorely lacking. Russia is a proximate source for South Korea to tap into for raw resources.

On February 22 – days before Russia’s invasion of Ukraine, in response to a question by the Russian state news agency Sputnik, South Korean Prime Minister Kim Boo-kyum stated that a prospective trans-Korea pipeline should be pursued by the South Korean state. The pipeline, discussed for many years, would run between South Korea and Russia through North Korea. One key rationale cited by Prime Minister Kim was the importance of sourcing liquefied natural gas in South Korea’s goal of achieving carbon neutrality by 2050.

The other reason cited by Prime Minister Kim provides key insight into South Korea’s hesitancy on taking aggressive sanctioning measures against Russia. Prime Minister Kim noted that the trans-Korea pipeline would be an important opportunity to show North Korea how much its economy can change through cooperation, peace, and stability with the international community. He went on to say that the potential collaboration on natural gas between South Korea, Russia, and North Korea would immensely contribute to peace in the Korean peninsula.

Inter-Korean affairs were immensely high in the previous President Moon Jae-in administration’s list of priorities, whose term ended on May 10. The Moon administration’s eventual engineering of the Trump-Kim summits through the so-called “Olympics Diplomacy” is evidence of this. Inter-Korean affairs in this case relate to dialogue and progress with the North Korean regime. Recently, the continuation of positive relationships has been alleged to have even taken priority over freedom of expression concerns and investigations in South Korea into systemic human rights violations in North Korea.

The South Korean perspective on how Russia fits into inter-Korean relations goes well beyond natural gas acquisition. Russia, and the Soviet Union, historically had a large stake in Korean affairs. The Soviet Union installed a puppet regime in the northern half of the peninsula at the end of the second world war, while the US did the same in the southern half. More recently, Russia was a member of the Six-Party Talks, an attempt in the 2000s by relevant stakeholders to denuclearize North Korea and bring about greater stability in the Korean peninsula.

However, Russia’s influence in the region has waned over the years. Arguments have been advanced that Russia now has little influence over North Korea. However, the perception of influence, through historical influence and its role in North Korea’s denuclearization talks, still lingers. Despite Russia’s continuing isolation from the international community, it still is a permanent United Nations Security Council member that holds a powerful influence over international developments.

With all this in mind, it is not stretching the imagination to think that ramifications in inter-Korean relations played a role in South Korea’s sanctioning measures against Russia. Its recent resumption of visa-free entry for Russian nationals, weak sanctions and outright refusal to extend lethal aid to Ukraine, demonstrate South Korea’s willingness to trod a different path.

Other geopolitical and economic factors stretch South Korea in the opposite direction. A leader in sanctions against Russia is the US, a key security and economic partner of South Korea. There is no formal requirement that an ally must support these sanctions, or any other actions. However, lack of compliance may lead to real consequences.

Consequences can be reputational. South Korea, an economic powerhouse and a mature democracy, saw the affirmation of its growing international stature when it was invited to participate in the 2021 G7 summit in England.

However, growing international status means a greater expectation of leadership in international affairs. South Korea has taken ambiguous stances on pressing international issues. It has repeatedly refused to formally join the Quad, an alliance between the US, India, Japan, and Australia meant to serve as a check on China. The key reasons for this refusal show a similar calculus to the Russian invasion of Ukraine. First is China’s central role in any permanent easement of tensions with North Korea, and second is a wariness of economic setbacks from any retaliatory actions. The 2016-2017 Chinese economic boycott against South Korea over installing THAAD, an American missile defense system, is not something it is keen to repeat.

Lack of clarity can have economic repercussions. On March 3, the US Department of Commerce deployed Foreign Direct Product Rules against Russia. These require corporations to receive a license from the US to export goods to Russia that “contain or are based on US-origin technology.” The rules may lead to uncertainties, additional costs and further hamper exports to Russia.

South Korea was initially left off the list of exempted countries, which included the EU, Japan, Canada and the UK. It was only formally added on March 7, after the South Korean Minister of Trade, Industry, and Energy met with the US Secretary of Commerce. On the same day, South Korea imposed more financial sanctions against Russia, most likely as a preventative measure to stop the US from asking for other trading restrictions with Russia.

With the growing condemnation of the Russian military’s conduct, taking an opaque stance is becoming less and less tenable for middle powers like South Korea, evidenced by the US’s apparent pressure to add further sanctions against Russia.

As the Ukraine conflict continues, the onus is on Yoon Suk-yeol, the new president described as a “political maverick”, and the rest of his administration to navigate between the two whales, the US and Russia, while protecting South Korea’s economic and strategic interests.