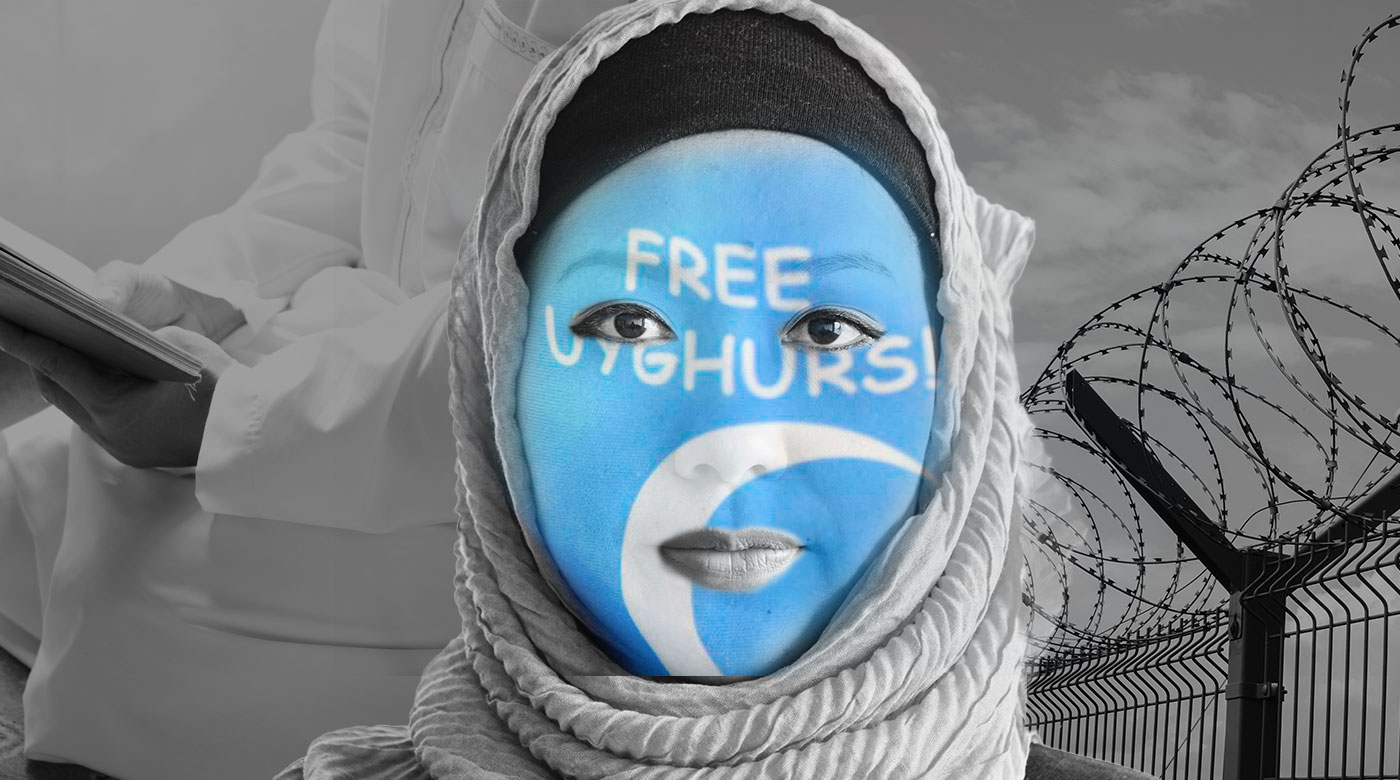 A comprehensive report issued by the UN on human rights abuses in Xinjiang Uyghur Autonomous Region (XUAR) and extensive research by a UK university into “coercive financial and trade measures” against forced labor in Xinjiang may provide the catalyst for effective sanctions programs against China.

The UN Human Rights agency reports: “Allegations of patterns of torture or ill-treatment, including forced medical treatment and adverse conditions of detention, are credible, as are allegations of individual incidents of sexual and gender-based violence. There are serious indications of violations of reproductive rights through the coercive and discriminatory enforcement of family planning and birth control policies.

“Similarly, there are indications that labor and employment schemes for purported purposes of poverty alleviation and prevention of ‘extremism’, including those linked to the VETC [vocational and education training centers] system, may involve elements of coercion and discrimination on religious and ethnic grounds.”

The UN agency report makes no mention of genocide, an accusation that some countries, including the US, have made against China.

“These human rights violations, as documented in this assessment, flow from a domestic ‘anti-terrorism law system’ that is deeply problematic from the perspective of international human rights norms and standards,” the report says. “Vague, broad and open-ended concepts… leave wide discretion to officials to interpret and apply broad investigative, preventive and coercive powers, in a context of limited safeguards and scant independent oversight.”

China’s legal judgments against the minorities often revolve around alleged “terrorist” or “extremist” conduct with vague definitions and arbitrary methods of identifying suspects and persons at risk. Suspects have been identified from a list of 75 signs of religious extremism, including:

The UN assessment published on August 31 began after allegations of human rights violations against Uyghurs and other predominately Muslim communities were presented to the UN Human Rights agency in late 2017. The agency points out in the report that “China is bound by human rights norms accepted as constituting customary international law, notably with respect to the right to life, the prohibition of discrimination based on race, religion or sex, and the right to freedom of religion.”

The assessment was shared with China’s government, which is standard UN practice.

China replied with a 130-page response “firmly” opposing the “so-called assessment of the human rights situation in XUAR.” Without question, China takes umbrage, and officials paint a contrasting picture.

In the second part of the report, “Fight against terrorism and Extremism in Xinjiang: Truth and Facts,” China gives a long, spirited account defending its administration of Xinjiang, saying “terrorist and extremist activities were rampant.”

Numbers of Uyghurs as fighters in armed groups, including in Afghanistan and Syria, were subject to UN counter-terrorism sanctions. In May 2014, in the wake of these developments, China launched “Strike Hard” to combat terrorist threats.

The Chinese government said in a white paper: “Since 2014, Xinjiang has destroyed 1,588 violent and terrorist gangs, arrested 12,995 terrorists, seized 2,052 explosive devices, punished 30,645 people for 4,858 illegal religious activities, and confiscated 345,229 copies of illegal religious materials.” There have been no terrorist incidents in XUAR from 2016 to July 2021, the government reported, evidently satisfied with the success of its program.

The UN agency makes several recommendations to the government of China, uppermost to release all individuals “deprived of their liberty in XUAR,” clarify the whereabouts of missing persons, and undertake a systemic review of the legal framework governing national security, counter-terrorism and minority rights in XUAR. It advises businesses to “take all possible measures to meet the responsibility to respect human rights across activities and business relationships as set out in the UN Guiding Principles on Business and Human Rights, including through enhanced human rights due diligence.” It urges surveillance and security companies to strengthen their human rights risk assessment by including whether their products and services could impact human rights, including the rights to privacy, freedom of movement, and respect for non-discrimination.

The study contains “over 12,000 data points, confidential interviews and a year of research” in an attempt to resolve whether economic sanctions against China can address Xinjiang’s “forced” labor.

The study estimates that 2–2.5 million Uyghurs and other minorities in XUAR have been put at risk of forced labor through “training centers” and “poverty alleviation through labour transfer programs.” The study says both “work in tandem to force consent by minority workers, making it impossible for external actors to prove work is voluntary,” the report says.

The study estimates that of the world’s production, 20% of cotton, 18% of tomatoes and 45% of polysilicon can be attributed to Xinjiang. “While Western industry actors warn of major disruptions worth billions of dollars in the US, there is little sign of concerted impact in Xinjiang. Prices for Chinese polysilicon are at 10-year highs. There are as yet no clear signs of policy change or remedy for victims of forced labour in the sector.”

The study has collated open source information of 262 corporate responses to alleged forced labor in XUAR, showing broadly that Western companies acknowledge the “concern” while their Chinese counterparts do not. “Western companies provide responses detailing a variety of measures taken to strengthen due diligence arrangements. Some show signs of a minimalist approach, with many companies wanting to know ‘how much due diligence is enough.’”

The report asks whether existing sanctions against China are working. “Import bans have a key role to play. As early progress in the cotton and solar sectors makes clear, they can create significant leverage that might provide a foundation for inducing policy change. However… consideration may need to be given to a range of adjustments that help accelerate such a change,” among them “the expansion of sanctions tools to include delisting, decertification and other forms of strategic regulation and blacklisting.”

The study hails as a positive move the US decision to empower Customs and Border Protection (CBP) to detain goods entering the US that include components made in Xinjiang on the grounds they are presumed to be made with forced labor.

“Effective enforcement of the UFLPA [Uyghur Forced Labor Prevention Act, implemented on June 21, 2022] and the adoption of similar import bans in jurisdictions where this is contemplated, such as the EU and Australia, may create the economic pressure needed to induce policy change in Beijing and Ürümqi, bring an end to Xinjiang forced labour, and remedy the harms already suffered by its victims.”

The study concludes: “For many, the inescapable conclusion is that China is simply ‘too big to jail’ – that is, too large and powerful to effectively sanction – and thus the West must reconcile itself to China’s policies, or find non-coercive ways to persuade China to adjust them.

“Others see new technical and political possibilities for sanctions tradecraft, after the adoption of broad and powerful sanctions against Russia following its invasion of Ukraine. One key difference, however, relates to the role of the private sector. Western business has, to a remarkable extent, voluntarily withdrawn from business in and with Russia. However, its willingness to withdraw from business with China, where many fortunes remain to be made, seems much less certain.

“Xinjiang forced labour thus stands in important ways as a test of the liberal character of international trade and finance. A successful defence of that character – and thus of human rights – will depend on finding ways to make Xinjiang sanctions work.”

The UN’s assessment, in effect, formally ratifies the numerous reports of China’s mistreatment of its Uyghur population. The US has been proactive with its Forced Labor Prevention Act, which presumes goods from the region have been produced with forced labor unless proven otherwise.

China has told the UN that its acts have been justified to bring peace to the region and improve its economy. Western companies may fear Chinese reprisals, having invested billions in China when globalization was seen as the way forward.

Perhaps the next economic cycle will be renationalization, in which companies return to their country of origin for more certainty with their affairs, despite higher labor costs. These questions are not directly concerned with sanctions, but what emerge as the answers will shape programs in the years ahead.