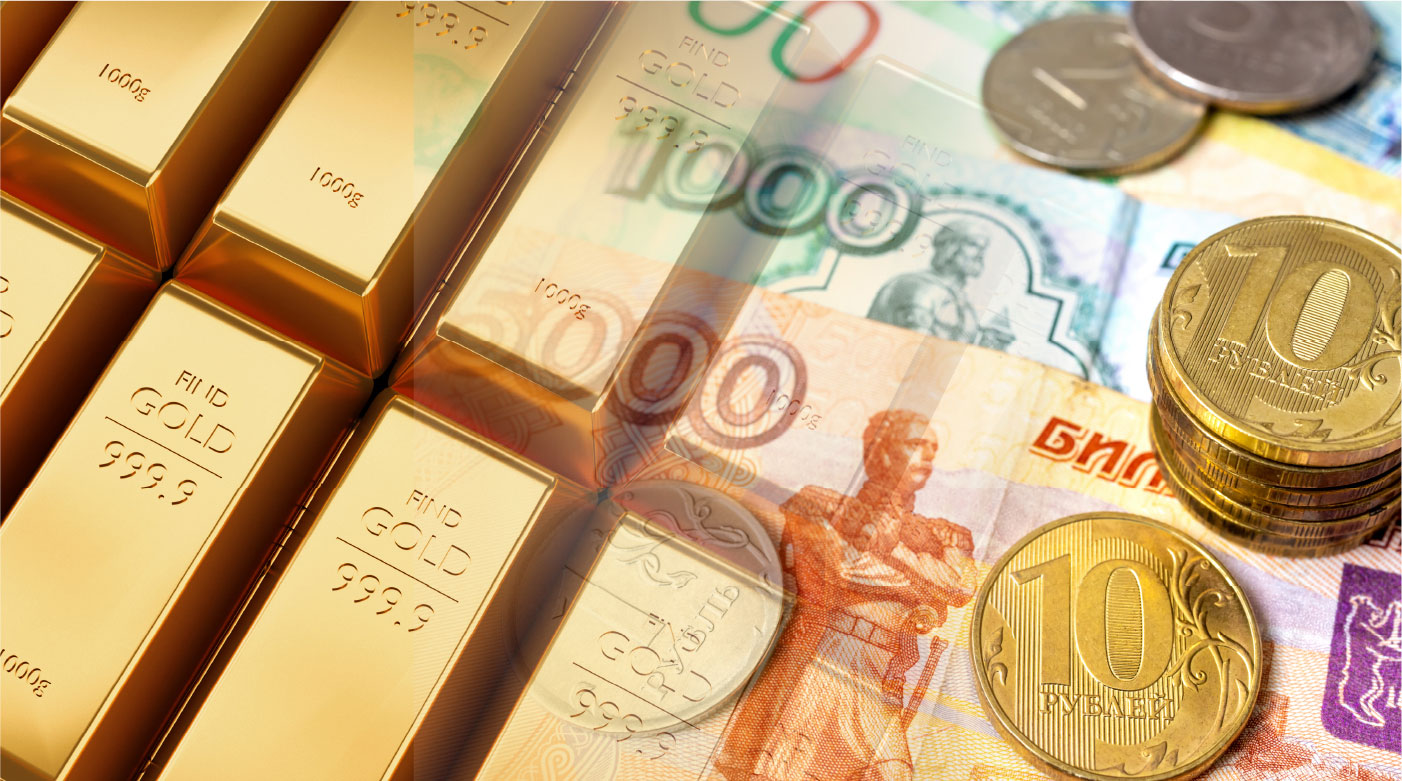 By Saskia Rietbroek and Robert L Williams III
May 21, 2022

The FinCEN alert guidance warns gold and diamond dealers that sanctioned Russian elites and their proxies might pay a visit, attempting to use PMSJs to evade sanctions. Which sanctions apply to the gold and diamond sector? How can compliance professionals use the FinCEN advisory to detect sanctions evasion?

FinCEN is the US’ financial intelligence unit, a Treasury agency separate from OFAC, which does not administer or enforce sanctions. FinCEN oversees the Bank Secrecy Act, a major US law that prevents money laundering and terrorist financing.

As part of its mission to safeguard the financial system and promote national security, FinCEN regularly issues alerts to financial institutions about money laundering or terrorist-financing threats and vulnerabilities to enable the institutions to guard against such threats.

In its March 16 alert, FinCEN points out the value of PMSJs for industrial, personal consumption, investments and as portable and practical replacements for currency. PMSJs are ideal for concealing illicit wealth without increased scrutiny because the underlying commodity – in this case, gold – is legal.

PSMJs may also be used to launder funds at the “integration” stage, where the gold, diamonds, or currency re-enters into the legitimate economy.

In the advisory, FinCEN unfurled red flags for:

The financial sanctions imposed by the US, EU and UK cut off major parts of the Russian financial system and economy from access to this infrastructure and the US dollar or Euro more broadly. While gold held in the Russian central bank’s vault is beyond the reach of the Western adversaries, sanctions placed on the central bank rendered the bulk of Russia’s $600 billion in foreign exchange reserves useless.

As a result of these actions, sanctioned Russian actors may seek to evade sanctions through the non-banking sector, including gold or precious metals dealers.

Before the invasion of Ukraine in February, the US had already imposed debt and equity sanctions on Russian oil, energy and banking companies. But Russian precious metals, such as gold and diamonds, have been unscathed.

After the invasion of Ukraine, this changed. OFAC extended Russia-related debt and equity restrictions to Alrosa, a Russian diamond mining company and the world’s largest, controlling 90% of Russia’s diamond mining capacity. The sanctions were not an outright freeze on Alrosa’s assets, nor a complete ban on doing business with the company. Instead, Alrosa was listed pursuant to Directive 3 under EO 14024, which prohibits transactions and dealings by those in the US in new debt of longer than 14 days or new equity of Russian state-owned entities.

EO 14068 of March 11, 2022, prohibits importing into the US non-industrial diamonds. These are the articles defined at HTSUS subheadings 7102.31.00 and 7102.39.00, including any subsequent revisions to the list of HTSUS classifications.

When importing such products of Russian Federation origin to jurisdictions outside the US does not involve a sanctioned person or an otherwise prohibited transaction, they do not expose non-US persons to sanctions under EO 14068. As of May 10, the EU has not imposed an import ban on diamonds. Key diamond trading cities such as Antwerp (Belgium), Dubai and Mumbai are not covered by the sanctions.

A 2021 Executive Order, EO 14024, permits the US to impose a variety of sanctions. OFAC has issued several directives under this EO, specifying prohibitions relating to persons adjudged subject to the applicable directive. The following gold-related transactions involving Russia or the Russian Federation may be prohibited:

Further, gold-related transactions involving the Russian Federation may be sanctionable under EO 14024 of 2021 or other Russia-related sanctions authorities. For example, EO 14024 authorizes sanctions against:

Russia is a major exporter of gold and could illicitly trade it in unregulated precious metals markets to obtain foreign currency. Traders that don’t mind violating sanctions can buy or sell the gold, which can be physically moved around the world, outside of the financial system, making it difficult to track.

A 2018 case involving Venezuelan gold shows how this can be done. In 2018, Saab, a Colombian businessman with close ties to President Maduro of Venezuela, reportedly signed a contract with a Venezuelan Bank to acquire Venezuelan currency to purchase gold from local miners. The Venezuelan bank was designated in 2019 under EO 13850, as amended, for operating in the financial sector of the Venezuelan economy.

According to OFAC, some of this gold was sent to Caracas to be refined, sold to the central bank of Venezuela (also under US sanctions since April 2019) and subsequently shuttled out of Venezuela to destinations such as the UAE and Turkey.

Turkish entities, meanwhile, purchased gold from the government of Venezuela, depositing money in accounts in Turkey, which in turn would transfer funds to an account held by the central bank of Venezuela in Turkey.

OFAC did not provide more details on how these financial transactions occurred but designated Saab and a Turkey-based shell company for sanctions in July 2019. OFAC later designated three individuals and 16 entities with commercial links to Saab in September 2019.

The US government is giving high priority to enforcing Russian sanctions and deterring sanctions evasion. US diamond traders should proceed with “extreme caution” with imports to ensure products are not sourced from sanctioned places or companies.

Any US jewelry business transacting with Alrosa or Alrosa USA should evaluate the status of any deal and work to ensure it does not violate the debt/equity sanctions. For example, contracts with payments longer than 14 days should be amended to shorten the terms or be closed.

Besides the enhanced due diligence/know your customer procedures, you will need to investigate the true individuals/entities behind transactions. You will need to be vigilant against efforts to evade the expansive sanctions and other US-imposed restrictions implemented in connection with Russia’s war with Ukraine.

Compliance officers may use the FinCEN March 11 alert information to enhance their anti-money laundering (AML) monitoring systems for more effective reporting of suspicious activity. Red flags listed in the alert serve as a guide to what constitutes suspicious transactions and the areas a bank examiner or auditor is interested in.

Companies can attempt to avoid the Russian sanctions regulations altogether by ensuring they have a process to safeguard against dealings with prohibited entities. One recommendation is to have updated written policies and procedures for screening all Russian parties that may be subject to a transaction. This includes not only the SDN List but also the List of Foreign Financial Institutions Subject to Correspondent Account or Payable-Through Account Sanctions (CAPTA List), and the Non-SDN Menu-Based Sanctions List (NS-MBS List), to determine which of these sanctions are applicable.

In addition, it is good practice to obtain ownership information from the screened entity to confirm it is not owned or controlled by a sanctioned party. US companies should be proactive and ensure they know about all the applicable Russian sanctions and the necessary reporting requirements.

If institutions decide to file a suspicious activity report (SAR) on transactions involving suspected sanctioned Russian elites, the entry, “Fin-2022-RUSSIALUXURY” should be included in Field 2 of the SAR.

Saskia Rietbroek, CSS, is the Executive Director at ACSS. Saskia is a Certiﬁed Sanctions Specialist (CSS) and Certified Anti-Money Laundering Specialist (CAMS) and an industry leader in ﬁnancial crime topics. Saskia has over 15 years of Sanctions/AML experience in the US, Latin America and Europe. Her global footprint enables Saskia to apply valuable expertise and insight into international training and ﬁnancial crime compliance projects.