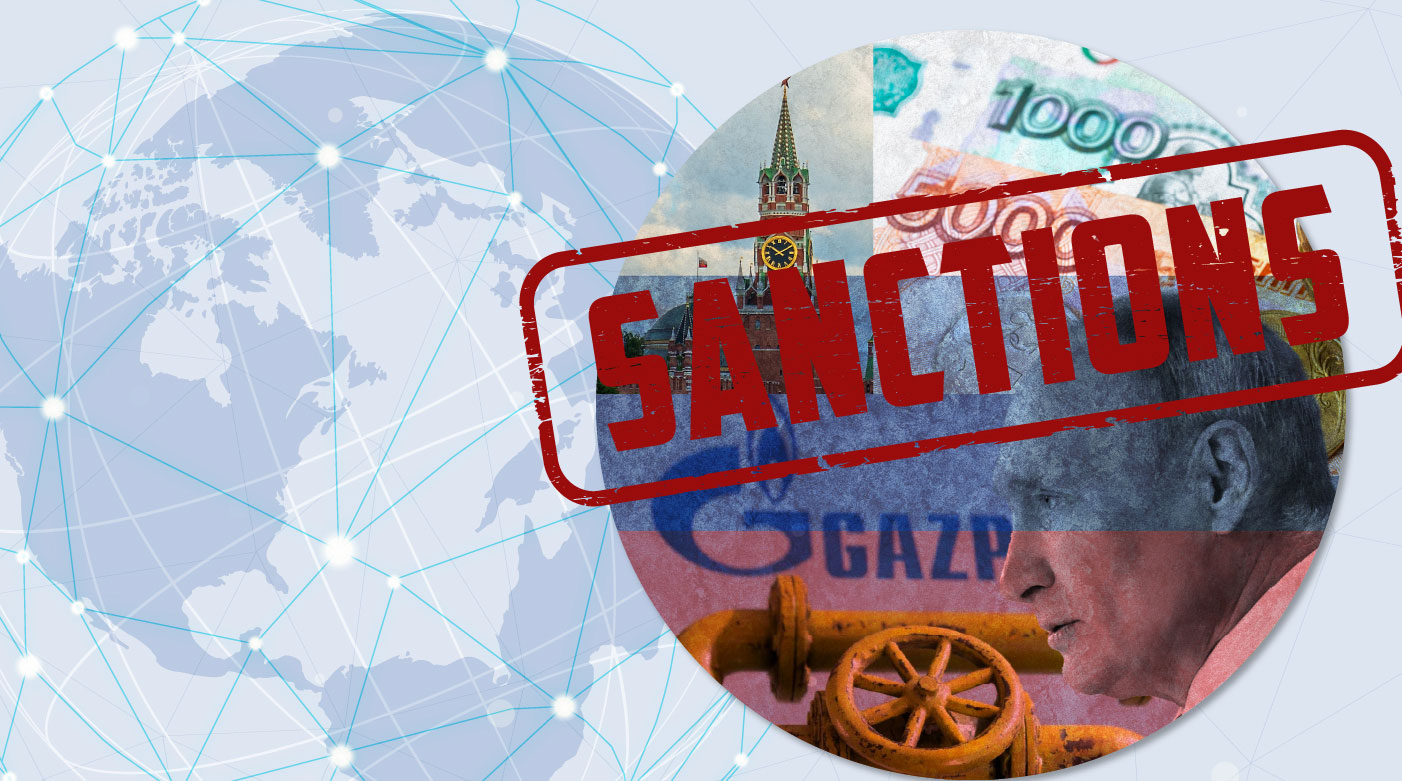 Tension mounts with frustration in Ukraine around the six-month mark of the Russian invasion as the war continues without any signs of resolution. Ukraine President Volodymyr Zelenskyy has implored the West to toughen its sanctions programs.

President Zelenskyy has courted leaders from many nations, taking every opportunity to call for more action. He sounded a particularly grave call after Ukraine’s and Europe’s largest nuclear plant, Zaporizhzhia, came under fire. Unsurprisingly critical of the offensive, he said it was essential to impose sanctions on the Russian nuclear industry and nuclear fuel.

Over the summer, the EU has strengthened its sanctions program. European Commission President Ursula von der Leyen said on Twitter: “We will keep the pressure high [on Russia] for as long as it takes.”

But President Zelenskyy has repeatedly called for more sanctions, asking western countries for a full embargo on buying Russian energy and closing their borders to Russian travelers for one year. He said in an interview with The Washington Post that Russians should “live in their own world until they change their philosophy,” adding that they “picked this government and they’re not fighting it.”

Estonian Prime Minister Kaja Kallas tweeted in support of the proposal. “Stop issuing tourist visas to Russians,” he wrote, adding that visiting countries “is a privilege, not a human right.”

If actions do speak louder than words, the EU at least appears to have been ear-poppingly dynamic.

The list of controlled items was extended to reinforce export limitations on dual-use and advanced technology capable of enhancing Russia’s military and technological capability, but technical assistance for safety reasons was allowed for aviation goods and technology.

The Council has emphasized that its actions do not affect agricultural products and the transport of oil to third countries. “Similarly, EU measures do not prevent third countries and their nationals outside of the EU from purchasing pharmaceutical or medical products from Russia.”

The issue is before the European Parliament, which will require a unanimous decision to allow, as a second step, a directive containing minimum rules defining criminal offenses and penalties for violating EU restrictive measures.

“This will ensure a similar degree of sanctions enforcement throughout the EU and will dissuade attempts to circumvent or violate EU measures,” the Council said.

Designated individuals and entities are subject to an asset freeze. EU citizens and companies are forbidden from making funds available to them.

Despite the EU’s flurry of actions, pundits still question the effectiveness of sanctions against Ukraine.

Strategists at Germany’s Commerzbank said the EU’s sanctions program had fallen short of its intended mark but agreed they will have an effect. “The Russian sanctions imposed by the EU and other Western countries [will] not lead to a collapse of the Russian economy. But they can be expected to significantly harm it in the longer run.”

The strategists said in a press release: “The EU’s first four sanctions packages followed the economic logic of maximizing economic damage to the targeted country with minimal damage to the sanctioning countries. The fact that the EU nevertheless experienced deteriorating terms of trade, while the effect on Russia’s terms of trade is ambiguous, is not due to the sanctions but to increased supply insecurity.

“With the sixth sanctions package, the EU departed from its previous path. The purpose was to reduce the effectiveness of Russian counter-sanctions as political leverage. This cannot be fully achieved, because a balance must be struck between this goal and the economic damage within the EU. The sanctions may not stop the invasion of Ukraine. But they create significant signaling effects.”

EU Responds to its Critics

Josep Borrell Fontelles, high representative of the EU for foreign affairs and security policy and vice-president of the European Commission, had an opposing view, declaring in his blog that “the sanctions against Russia are working.”

Mr Fontelles asked for “strategic patience “ in stopping Russian aggression and allowing Ukraine to restore full sovereignty. “Sanctions remain an important instrument of political action. But for sure we need to use them in a well-targeted manner… because it may take a long time for them to have the desired effect.”

Mr Fontelles drew attention to the high-value products that Russia has to import while exporting its unprocessed raw materials. “For advanced technology products, Russia depends on Europe for more than 45%, the United States for 21% and China for only 11%. Sanctions on semiconductors imports, for instance, have a direct impact on Russian companies that produce consumer electronics, computers, airplanes, cars, or military equipment.”

Mr Fontelles estimated that around 700 of Russia’s 1,100 civilian aircraft are foreign. “Russia will have to sacrifice a large part of its fleet to find spare parts so that the remaining aircraft can fly. Even the Russian-produced aircraft are dependent on technologies and material from western countries.”

Elaborating on the EU sanctions program, he listed other effects on the Russian economy:

Mr Fontelles said the effects of such moves are not “immediately visible” but they represent “a major loss for Russia in the medium term.” He quoted figures released by the Bank of Russia showing that transactions through the Russian payment system were down 7.2% in June compared with the first quarter of 2022.

“This is a real-time indicator of the important slowdown in the Russian economy. Even if sanctions do not change the Russian trajectory in the short term, that does not mean they are useless, for they do affect the sheer amount of resources it has to wage its war. Without sanctions, Russia would ‘have its cake and eat it’, as the expression goes. With sanctions, it will be forced to “choose between butter and guns.”

Mr Fontelles distances his view from the origins of the EU as an economic collective of nations, asserting it needs more authority to play a role as a world peace-keeper.

“Economic interdependence does not automatically guarantee peaceful international relations. This is why Europe must become a real power… Faced with the invasion of Ukraine, we have moved from debates to concrete actions, showing that, when provoked, Europe can respond,” he said.

“Since we do not want to go to war with Russia, economic sanctions and the support of Ukraine are at the core of this response. And our sanctions are beginning to have an effect, and will do so even more in the months to come.”

The EU will have its own challenges to overcome as the winter approaches. The cost and availability of energy are primary concerns. Germany’s Nord Stream 1 gas pipeline has been operating well below capacity, and Nord Stream 2 could become one of Europe’s biggest, most expensive white elephants. Wolfgang Kubicki, vice-president of the German parliament, said the pipeline should be activated. “Getting gas from Nord Stream 2 is no more immoral than from Nord Stream 1. It’s just a different pipe,” he said.

Only Father Time knows when and how the conflict will end, when the West will start winding down its sanctions programs againt Russia, and how trade will resume during and after after the rebuilding of Ukraine. At the moment, he shows no signs of telling.